Whether looking for an itinerary of natural beauty to visit while sailing, or interested in checking out just one of Croatia’s famous island national parks, this portrayal of each exotic island will allow you to find something tailored to your specific tastes and interests.

Pronounced a national park in 1983, Brijuni is an archipelago of 14 small green islands just off the coast of Istria and northwest of Pula. However, only Veli Brijjun and Mali Brijun, the two largest islands of the cluster, can be visited. These two spectacular islands are covered with rare plant life, such as the marine poppy and wild cucumber, as well as exotic animals brought to the region between 1947 and 1980 by the illustrious Yugoslav leader Tito. Upon arriving at the splendid island of Veli Brijun, you will understand quickly why this was and still is a favorite amongst the international yachting crowd. Do not miss the 9 hectare safari park, where you’ll have a chance to meet Somali sheep and waterbuck in addition to other striking animals. If you prefer a historical tour, stop by the Roman country house, which dates from the 1st century BC, or Saint Germain church, with its towering display of medieval murals. If following the life of the rich and famous is more up your alley, visit the Tito on Brijuni exhibit, which houses photos of Tito with his eminent guests, movie stars and world leaders alike. 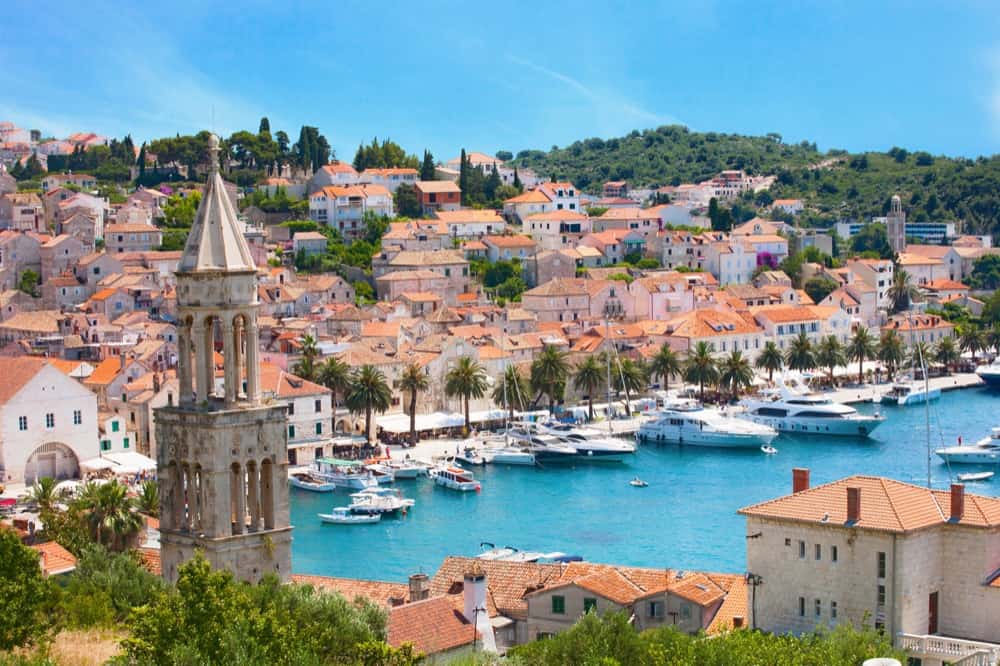 Kornati National Park is a stark contrast to that of Brijuni, as this highly dense archipelago of 147 islands is known for his rugged coast and astounding rock formations, offering very little plant growth or greenery. However, this startling white mass of rock off North Dalmatia is impressionable in itself, adding to its mystery numerous grottoes and hidden caves along its cliffs. Kornat Island is the largest of the Kornati National Park Islands, although this isle no longer accounts for any permanent inhabitants. The southwestern coast of Kornat does have a charming cluster of summer homes to rent, however, offering a view of the little cultivated land on the island. Olive groves, vineyards, and vegetable gardens are the main attraction on land of this arid site, offering a serene place to rest and relax.

Mljet National Park is not only the largest of the National Park islands, but perhaps also the most enchanting. This fertile land is partially covered with coniferous forest, while the rest of the island is peppered with fields, vineyards, and quaint villages. Do not miss the connected salt lakes of Malo Jezero and Veliko Jezero on the western part of the island, a remarkably scenic sight for anyone searching for untouched beauty. If you are feeling active, you can rent bikes to ride around the island, or paddle boat to the exceptional Benedictine monastery on an islet in the middle of Veliko Jezero. If you are more interested in exploring down below, diving excursions near this National Park give you the opportunity to visit a 3rd century Roman shipwreck in shallow waters, or a German torpedo boat from WWII.

Meeting by a series of waterfalls within a canyon in Central Dalmatia, Krka National Park is a phenomenal stop for any meandering sailor. Approachable by boat via the Sibenik Channel, this magnificent wonder is the defining landscape of the region. The park’s coves, cliffs, and rock developments are also an incredible sight to behold. If you are interested in cultural sight-seeing, do not miss the magical Roman Catholic Visovic Monastery, founded in 1445 by the Franciscans, and the Eastern Orthodox Monastery Krka, founded in 1345. Both wondrous spiritual sights, you will not regret your visit! Feel free to explore the rest of this stunning place by hiking around the island, or stopping for a fabulous meal in one of the many legendary restaurants!

Touring around these four island National Parks is just one of many great ways to visit the splendor of Croatia.