5 Things To Do In Prague, Czech Republic

Back in 2008, when the world was wondering if the economies of their countries were going to survive, I took off to Prague, Czech Republic. I had been to Mexico, Morocco, and other countries for work and vacations, but going to Eastern Europe would be a new adventure.

I arrived at the Prague Airport after an 11 hr. flight from Atlanta, Georgia, USA. My first thought was the information I had read about not trying to exchange money at the airport. It is more expensive than other places in the city, so I decided against it. Next was where to get a taxi and getting on to the apartment I had rented for the year.

One of my purposes in going was to earn a Teaching English as a Foreign Language(TEFL) certificate at a school in Prague. I would be earning this certificate and teaching for whoever would hire me after graduating from the 30 day certificate program. I hastened to a taxi and spoke my address as best I could in Czech. Fortunately, the driver had been picking up Americans for a long time at the airport and he took me straight away to my apartment.

After starting school, I began to make myself aware of some of the local attractions. I will list and describe them here, but I recommend after you see them go ahead and “go off the beaten path” to the non-touristy areas. The local people will help you find them and the prices will be cheaper also.

First of all, I think it’s important for any person visiting Prague to understand it is geographically divided in two different ways. It has individual sections and these look like pieces of a puzzle if you see them on a map. In addition, the capital of the Czech Republic is divided into three concentric circles known as Prague 1, Prague 2, and Prague 3. If you cannot pronounce the name of your street, it is possible to simply announce, “I live in Prague 2, section 10.” Every local will know what you mean. 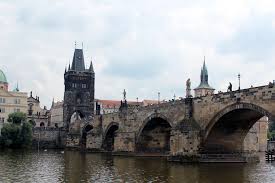 So, what did I first see when I went on my first excursion in the city? Well, I went to the Charles Bridge, of course. Upon first stepping foot on to this bridge, one is confronted with the shear power of its presence over the Vltava River. Yes, there will be many tourists, musicians, and people selling their art, puppets and various trinkets. But, if you look closely at the structure and its statues placed all along the sides, you will begin to hear the voice from the past.

The Charles Bridge was started in 1357 when King Charles IV reigned over the area. It took the next two centuries to finish it culminating in the 15th century. The Charles Bridge replaced the old Judith Bridge which lasted from 1158-1172 and had its demise when flooding overwhelmed it. The Charles Bridge was the primary means of crossing the Vltava River from the Prague Castle into the Old Town. Establishing this connection made this bridge an important land connection for trade passing from eastern to western Europe.

The Charles Bridge is 2, 037 ft. long and 33 ft. wide. There are 30 statues and statuaries along the bridge fashioned in the baroque style. As you approach the Old Town side of the bridge, you will presented with the Old Town Bridge Tower. Do not fail to look up and see the Hebrew letters written on this Gothic style tower.

It is impossible to not see the Prague Castle as it looms over the city as a great testament to the past and present Czech history and government. It is actually a complex of smaller structures that is the home of the President of the Czech Republic. It houses offices of government, the Bohemian Crown Jewels and is in fact the largest ancient castle in the world.

It was founded in 880 and is presently a UNESCO World Heritage site. It’s architecture is a combination of styles ranging from Romanesque to Gothic to present modifications after the Velvet Revolution. 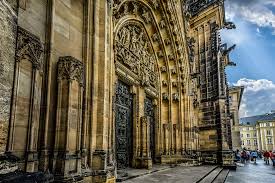 Just as the President of the Czech Republic has his own castle that is his administrative address, so does the Archbishop of Prague. He offices at the Metropolitan Cathedral of Saints Vitus, Wenceslaus, and Adalbert. This is a Roman Catholic cathedral known to the locals as simply Saint Vitus. The cathedral is part of the Prague Castle Complex and is owned by the Czech government. It contains the tombs of Roman Emperors and Bohemian kings. 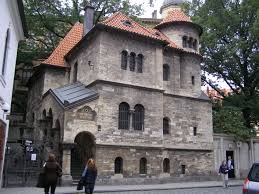 When the Prague Jewish ghetto was demolished, many items were saved and placed in this museum. The founders of the museum were Salomon Hugo Lieben and August Stein sometime around 1906. Although it is an actual museum, one of its original purposes was to save Jewish culture and religious artifacts as a “safe haven.”

It has become nationalized and during the communist era, the museum was not allowed to research or curate on a variety of topics. Research and freedom to include various research areas were allowed in 1994 when the building was returned to the Prague Jewish population of people. Further, items were then made to be under the aupices of the Federation of Jewish Communities thus giving it even more freedom to curate. 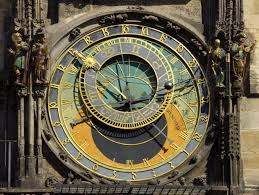 Every day of the week, it is possible to stand in the Old Town Square along with a throng of camera phone wavers and observe the Prague Astronomical Clock do its thing. It is mounted on the southern wall of the Old Town Hall and consists of an astronomical dial, statues of Catholic saints, and a set of figures that present what is known as The Walk of the Apostles. It does this every hour upon the hour without fail. There is a skeleton that actually strikes the time and a calendar dial that shows the months of the year.

These were some of the places I visited while teaching in the beautiful city of Prague. I saw these locations most every day as I hustled around to my next client at some place of business. I loved the beauty and history of the place and I carry its inspiration with me.

If you can, go there. It will not fail to inspire, motivate, and educate regarding past culture, art, music, and architecture.