5 Things To Do In Atlanta, Georgia, USA 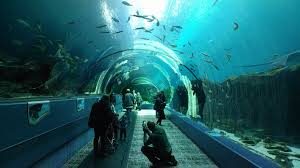 Located in the downtown area of the capital city of Georgia, USA is the Georgia Aquarium. This internationally recognized aquarium is home to over 100,000 animals and many species of fish and sea creatures. It is the second largest aquarium in the world.

This public aquarium has been built by the generous contributions of individuals such as Bernard Marcus, Jeff Swanagan, the Coca-Cola company, and others. It was originally built around the establishment of a home for whale sharks and from that has grown a location with educational programs, public entertainment venues, and seven different exhibitions that are updated yearly to reflect the most recent combination of sea life.

Visitors may view seven different exhibits. Southern Company River Scout is an exhibit that shows local area and regional underwater environments to be seen from the bottom up. The AT&T Dolphin Celebration comes complete with a dolphin show from the 13 dolphins in residence. Cold Water Quest exhibit allows the public to see animals from the polar regions of the world. Ocean Voyager was built by Home Depot and shows life from the Mesoamerican Barrier Reef System. The Tropical Diver exhibit shows Indo-Pacific fish and the development of live coral reefs. Suntrust Pier is an exhibit of sea lions. Aquanaut Adventure: A Discovery Zone is the most recently built aquarium and features a scavenger hunt using the aquarium’s mobile app. Included in the offerings is also a Titanic Aquatic that has a walk-through of the original Titanic ship.

The aquarium is open to the public year round. 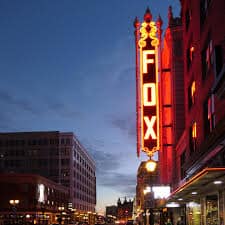 Located in Midtown Atlanta on Peachtree St. is the Fox Theatre, known as the “Fabulous Fox.” It was originally a Moorish temple and eventually a movie palace. It has been restored to be the most active venue for national and international performing companies and stars. Broadway touring companies may be seen at the Fox along with the Atlanta Ballet Company and many award winning films from around the world.

Make sure you hear and see “Mighty Mo” the Fox’s 3,662 pipe, theatre organ that still ranks as the second largest pipe organ in the United States. It has been featured in many live productions and Hollywood movies. 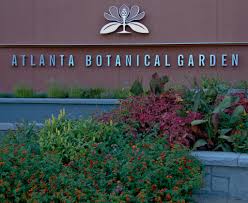 Midtown Atlanta, Georgia is home to the 30 acre botanical garden started in 1976. It is designed to provide aesthetic, educational, recreational and dining experiences for the general public. It involves itself in conservation and research in order to continue growing species of plant life native to this area of the world.

The garden is home to the Children’s Garden, the Fuqua Conservatory, and the Fuqua Orchid Center. Social events, weddings, art exhibitions and the annual Garden of the Eden Ball are held in these locations. Of special interest during the winter season is the Garden Lights, Holiday Nights exhibition which features 1.5 million LEDs. 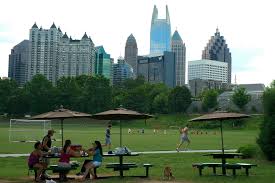 If you fancy a walk in a beautiful park, long to get your oils out and paint, or simply desire to listen to an outdoor concert, it can happen in Piedmont Park. This urban park was originally a gentleman’s farm, but was sold to the Piedmont Driving Club to be used as a racing grounds. The Driving Club joined arms and money with the Piedmont Exposition Company and began to use the property as a place for fairs and expositions.

In the 19th century, major expositions were held at this location and eventually the designer of Central Park in New York City was engaged to redesign the land to be more user friendly for the local population. Walking paths, benches, and places of repose were created and the park began to be a more common place for the general population to come.

In addition to a place of beauty and recreation, many outdoor concerts featuring national and international stars are held in the park. 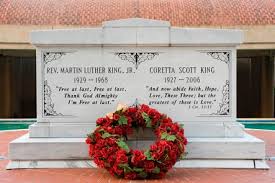 Known worldwide as the leader of the American Civil Rights Movement, this location was very recently renamed the Martin Luther King Jr. National Historic Park. It is home to the home of his birth and Ebenezer Baptist Church from which is preached and pastored.

The MLK site consists of a museum that showcases exhibits about the civil rights movement and Dr. King’s role in this movement. There is a gift shop built inside what was originally a fire station. The center is also home to the “I Have a Dream” International World Peace Rose Garden and a statue may be seen dedicated to Mohanda K Gandhi. Visitors may also walk along the International Civil Rights Walk of Fame.

Special events are held during Black History Month which is February and every anniversary of the assassination of this great man of peace.