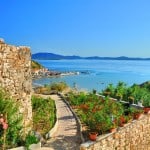 Kvarner is region and littoral part of the northern Croatian coast, and consists of the wider area around city of Rijeka and coast all the way to Karlobag. Here are numerous beautiful and attractive islands like Losinj, Susak, Cres, Opatija and other smaller.
Kvarner coast consists of several sub-regional units. The center of the Kvarner coast is city of Rijeka as the urban center, to which gravitate all Kvarner settlements. Among other subregional units are distinguished the Opatija Riviera, Vinodol, the Velebit coast and the Kvarner islands. This part of the coast is on average slightly more densely populated than the south coast (Dalmatia) and the whole of Croatia.

Along the coast are many important tourist places like Bakar, Crikvenica, Novi Vinodolski or Senj. There are also many beautiful tourist places on islands like Krk, Losinj, Osor or Rab. To the east of the narrow coastal strip of the Kvarner are high mountain ranges, such as the Kapela, or extend Velebit. These mountain ranges form a stable climatic dividing line between the Mediterranean, the Croatian coast and the influences of strongly fluctuating-continental climate. It is therefore not surprising that, for example, tourists can bath in the spring on the coast of Kvarner, while in the mountains of Gorski kotar some other tourists are skiing and it only 30 few kilometers away. The area around Senj is famous for strong bora wind. That usually happens in winter when it’s not tourist season. On the new motorway A1 Zagreb-Split unique wind barriers are being tested.

Opatija
Opatija is a seaside resort on the Bay of Kvarner and is considered one of the oldest and most attractive tourist resorts in Croatia. Opatija is located at the foot of the Ucka massif and is about 18 km from Rijeka. The resort is surrounded by lush subtropical vegetation. 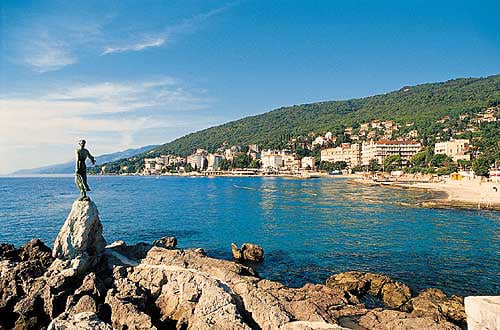 With its wealth of architecture in the style of historicism Opatija is the most important example of a fashionable seaside resort of ex Austrian Riviera with the architectural flair from the period of Austro-Hungarian Empire. The architecture of many hotels, guest houses and villas bears marks of different historical neo-styles with isolated examples of Art Nouveau; Mediterranean appearance was the often built by Carl Seidl buildings of the articulated facades, the size and openings (balconies, loggias) and facade decoration. However, there are contrasting individual modern buildings as originating from the 1960s, like Hotel Ambasador or Hotel Paris.

The origins of tourism go back to the year 1844, when the wealthy merchant Iginio Scarpa, named Villa Angiolina after his wife, which was built as a summer resort. The nature lovers had created a large park with a variety of exotic plants. Soon Opatija had a number of grand hotels, guesthouses, villas, summer houses, sanatoriums, gazebos, swimming pools, promenades and parks.

The Promenade, from Opatija, leads over 12 kilometers from Volosko to Lovran. It was completed in 1911 and stills look amazing. Thanks to the numerous elegant villas and hotels from the imperial era Opatija and its surroundings in every season are well attended by many tourists around the world.

Some beaches in Opatija and numerous others at Kvarner have the Blue Flag, an environmental award for the fulfillment of strict criteria for water quality, safety standards, services and other environmental requirements.

The islands of Cres and Losinj are Croatian islands in the Kvarner. These two islands are today separated by a man-made canal in the nearby town of Cres. The floral and pine clad on these two islands is one of the sunniest places in Europe. The capital of the island is called Mali Losinj (Small Losinj). Veli Losinj (Great Losinj), despite the name, is the smaller town, and a spa centre. 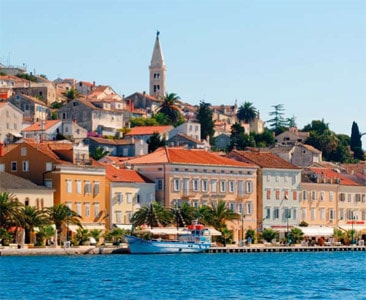 About 2,000 years ago there was built a channel by the Romans between the islands of Cres and Losinj (called Osorski tijesnac, 100 m long) to shorten the sea routes to smaller vessels.  The island of Losinj has an airport for small planes.

The famous ancient statue of the so-called Croatian Apoxyomenos was found in front of Losinj, and is part of Losinj’s museum. The statue was found in Losinj waters in 1996 by a Belgian tourist, near islets Orjule, on the sandy bottom between two rocks at a depth of about 45 meters. Apoxyomenos felt into the sea from a Roman merchant ship during a storm in early II. c. AD.

Before the island was settled by Croats, Cres belonged to the Liburni, but there are also Greek, Roman and Byzantine traces. Cres retains parts of the ancient city walls and numerous palaces dating from the Venetian rule. Noteworthy there is a door with the lion march, the clock tower and the Loggia, in the Renaissance fashion. Cres also gave birth to the philosopher Francesco Patrizi (Frano Petric), whose house is now a museum dedicated to him. 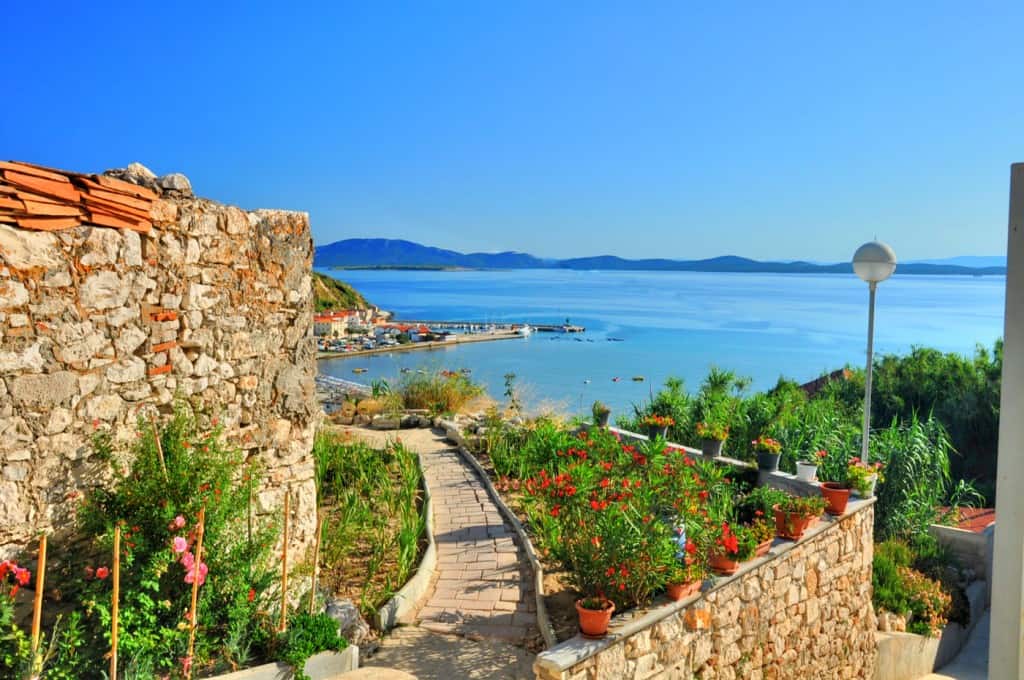 The island of Susak is a Croatian island in the Adriatic. It is located southwest of the island of Losinj and south of Istria, and is part of the Bay of Kvarner. Susak is a gently hilly island, the area is only 3.7 km². The extent of the island is a maximum of 3 km x 1.5 km away. The highest point on the island is 96 m high Garba, on which is a lighthouse. The island consists of a limestone base overlain by sandy loam and is mainly covered with reeds, blackberry, jasmine and vines. The island thus acts (even in summer) very green and stand out clearly through this flora in appearance from the neighboring islands.

Southeast of the only settlement on the island is a shallow sandy bay. The inhabitants of the island live primarily on tourism, viticulture and fishing. Other agriculture is of secondary importance, primarily for their own use as sheep farming, cultivation of olives and figs.

The island is significant for anthropologists. Due to the remoteness of the island, an old Croatian dialect has been preserved in the population. The shape of the costumes of the islanders is considered to be of particular cultural value, since this is the only costume in Europe, where the skirt ends above the knee.