Archives For tourist places in Germany

Germany is the largest economy, a technological leader and a major political power in the European Union (EU). It comprises 16 states. Berlin is the capital and the largest city in Germany. The country has a temperate seasonal climate.

There are many tourist places in Germany. Here is a brief overview of some major tourist attractions in Germany.

This beautiful city is located in northeastern Germany. About one-third of the city is covered by parks, lakes and rivers. The historic Berlin Wall, world renowned universities, Reichstag, Potsdamer Platz, Brandenburg Gate, Tiergarten are major tourist attractions of this magnificent ancient-cum- modern city.

This beautiful Roman Catholic Church is located in Cologne, Germany. It is a World Heritage site and the seat of the Archbishop of Cologne. The structure stands as an example of Gothic architecture and is the most visited tourist destination in Germany. 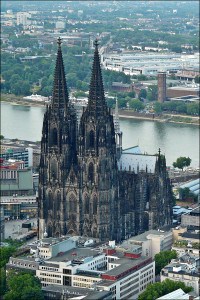 Located in South Bavaria, this 19th-century Revival Palace attracts more than 1.3 million people every year from all parts of the globe. Disneyland’s Sleeping Beauty Castle was inspired by this structure.

This beautiful Protestant church was built in the 18th century. However, it was completely destroyed during the Second World War. It was reconstructed as a symbol of reconciliation between the warring sides and reconsecrated in the year 2005.

These beautiful islands form an archipelago at the eastern edge of the North Sea. Many parts of theses islands are protected. You can also find many uninhabited islands in this region.

Germany doesn’t disappoint nature lovers. Located in the Jasmund National Park region, these chalk cliffs tower high above the Baltic Sea. You will find undisturbed forests behind these cliffs.

It is a section of the Rhine, between Kolbenz and Bingen. You can find many castles and ruins in the banks of the river here. The hills in the banks are covered by vineyard. A cruise through the river is an out of the world experience.

Germany is a diverse nation. Visit to the above-mentioned tourist places in Germany is an enriching experience.