Archives For in New York

New York is the most populous city in the United States of America. Located in northeastern United States, it is the most linguistically diverse city in the world. More than 800 languages are spoken in this robust city. New York experiences humid subtropical climate. The city is also known as the “Capital of baseball”.

Here is a brief overview of some of the popular tourist attractions in New York City.

This Statue of Liberty is a colossal neoclassical sculpture. Located on the Liberty Island in the New York harbor, this beautiful statue is a gift to the United States from the people of France. The statue stands as a symbol of freedom.

This famous commercial intersection is located in Midtown Manhattan. It is adorned with many titles like “The Great White Way” and “The Crossroads of the World.” It is a major center of the world’s entertainment industry. 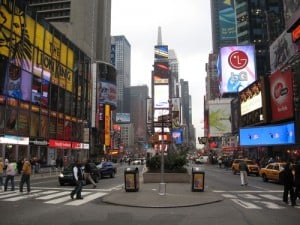 This 102-story skyscraper is an American cultural icon. This beautiful building stands as an example of the Art Deco style. You can enjoy a beautiful view of the New York City from its observation decks.

New York City has over 28,000 acres of municipal parkland. Central Park is a public park located at the center of Manhattan. It is the most visited urban park in the United States of America.

New York City has around 23 km of public beaches. Coney Island is well-known for their sandy beaches, rolling waves and sunny skies. There are many recreation opportunities like amusement rides, volleyball, handball and basket ball.

This New York City zoo is the largest metropolitan zoo in the world. The zoo houses more than 600 species of fauna from all over the world. The Bronx River flows through the zoo.

This amazing museum was found in the year 1869. Located on the upper west side of Manhattan, this museum comprises 46 permanent exhibition halls. You will find more than 32 million specimens here.

Popularly known as the GCT, this commuter rail terminal station is a classic example of Beaux-Arts architecture. It is the largest train station in the world by number of platforms. You will find many shops and restaurants here.

New York City is located on one of the world’s largest natural harbors. You can enjoy an amazing view of the Statue of Liberty and the harbor from the Staten Island Ferry. New York City is mind-blowing. There is much more to do and see in this amazing city. Visit to the above-mentioned tourist attractions in New York City is sure to be an exciting, memorable, entertaining and enriching experience.