Japan is a beautiful island nation located in east Asia. Referred to as the “Land of the rising sun,” Japan is an archipelago of 6,852 islands. Tokyo, the capital of Japan, is the largest metropolitan area in the world. The climate in Japan is predominantly temperate.

Here is a brief overview of some popular tourist attractions in Japan.

Tokyo is a huge city with many malls. Roppongi Hills and Tokyo Midtown attract many tourists. The harbor island of Odaiba offers you many entertainment destinations. You can hit the beach and ride Ferris wheel. The Imperial Gardens and the science museum are other popular attraction of Tokyo.

This Zen Buddhist temple is located in Kyoto, Japan. This UNESCO World Heritage Site is well-known for its beautiful garden. The temple is a three-story building. The top two stories are covered with gold leaves. The temple houses relics of the Buddha.

Located in Tokyo, this vast park offers many opportunities for entertainment like the amusement park, National Museum and the zoo. People flock to this park during the cherry blossom time. You should definitely taste the mochi in the Ameya-yokocho, a street market near the park.

This UNESCO World Heritage Site is a Zen temple located in Kyoto. This two-storied building stands as a symbol of Higashiyama culture if Muromachi period. You will also find wooded ground covered with mosses.

Mount Fuji is the highest mountain in Japan. Located on Honshu island, this active stratovolcano is a famous symbol of Japan. It is one of the nation’s holy mountains and attracts many climbers. 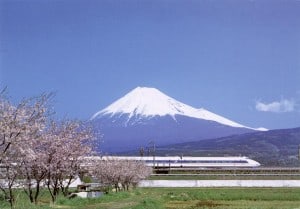 This temple is an excellent example of Buddhist Pure Land architecture. This UNESCO World Heritage Site was built as a countryside retreat villa and later converted to a temple.

This Buddhist temple is located in Ikaruga. Founded by Prince Shotoku, this UNESCO World Heritage Site is widely acknowledged to be one of the oldest wooden buildings in the world.

Torii is a traditional Japanese gate. Torii of Itsukushima Shrine (a Shinto shrine located on the island of Itsukushima) is a floating torii. It is a UNESCO World Heritage Site.

It has the dubious distinction of being directly under the “Little Boy”. it stands as a symbol of the great human tragedy. The remains of the Prefectural Industrial Promotional Hall have ever since come to be known as the Bomb Dome.

Japan is a wonderful blend of ancient and modern. Visit to this great nation is sure to be an exciting and an ennobling experience.