Archives For tourist attractions of Indonesia

Indonesia attracts more than 7 million tourists every year. Located in Southeast Asia, this archipelago comprises 17,508 islands. Jakarta is the capital of Indonesia. The biodiversity in Indonesia is next only to that in Brazil.

Here is a brief overview of some popular tourist attractions of Indonesia.

Located in central Jakarta, it is the largest mosque in southeast Asia. Also known as Masjid Istiqlal, this mosque was built to commemorate Indonesian independence. In fact “Istiqlal” is the Arabic word for “Independence.” It is a major tourist attraction in Jakarta.

This popular island destination attracts many celebrity tourists. It is well-known for its natural beauty (landscape, volcanic hillsides and beaches) and has been winning many travel awards. 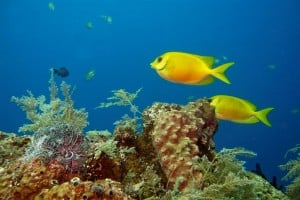 Located at the northern tip of the island of Sulawesi, this marine park supports high levels of natural biodiversity. You will find more than 70 percent of all known fish species of the Indo-western Pacific in this park. Diving and snorkeling are popular activities among tourists here.

Located in Jakarta, this museum showcases the arts and cultures of various ethnic groups in the Indonesian archipelago. It is an anthropology and ethnological museum and stands as en example of Balinese architecture.

This active volcano (2,329 m) is located in east Java. The top of the volcano has been blown off. You can see white smoke inside the crater. This is a major tourist attraction in the region.

Located in Java, this famous Buddhist temple was built over a period of 75 years during the reign of Sailendra. It took around 75 years to build this temple. More than 2 million stone blocks were used to construct this magnificent structure.

This archipelago of three small islands is a paradise for those who seek peace amidst nature. You will not find any vehicles here. Gili Islands are well-known for their wonderful beaches.

Located in the Lesser Sunda Islands, this national park is a UNESCO World Heritage Center. This national park houses more than 5000 komodo dragons. You will not find these giant lizards anywhere else in the world.

Indonesia is a beautiful country. Visit to the above-mentioned tourist attractions of Indonesia will be surely be etched in your memory for a long time.