Things to do in Thailand

Thailand is a magical place place to visit and there are many things to do in Thailand.
Everyone has heard of Thailand’s white and turquoise beaches, reamrkable  history, marketplace culture and golden Buddhist temples. 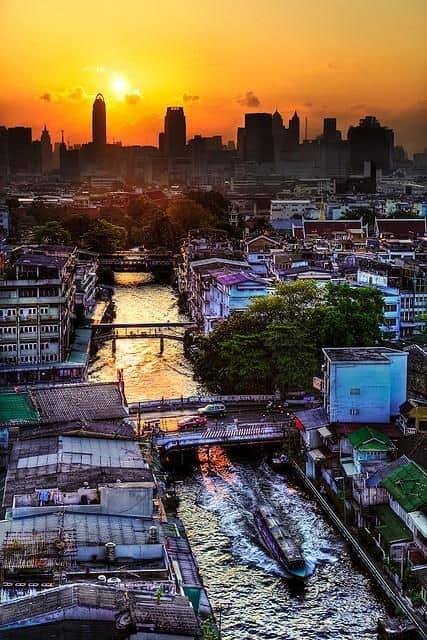 The most popular location is   Bangkok. The capital of Thailand, which is a must visit city, even just for a day. Bangkok began as a small trading center and port community on the west bank of the Chao Phraya River some 200 years ago. Today, while the city is up to speed with modern times, the grandeur and glory of its illustrious past still prevail. Be it dazzling temples, spectacular palaces, a world-famous floating market or colourful Chinatown, each of these famous places has an intriguing story to tell.

One of the most remarkable activity is to take a boat journey, also known as the‘Venice of the East’ .

Visitors often regard to boat as their most rewarding city experience, even though the ‘Venice of the East’ label barely applies any longer, since most Bangkok canals have been lost to road-building. Yet khlongs still thread through the Thonburi west bank and branch into the plantations of Nonthaburi, stretching on throughout Thailand’s Central Plains, connecting rivers, rice farms, towns, temples and floating markets (see Floating markets below).

Exploring the waterways requires some strategy. The rule to bear in mind is that the longer you spend, the greater the value and rewards. A half-day enables you to see the mostly urban canals of Thonburi, now heavily scarred by concrete flood barriers, because this delta instinctively wants to overflow. A full day takes you upriver and into a rustic canalscape barely modernised – though riparian lifestyles are changing fast. 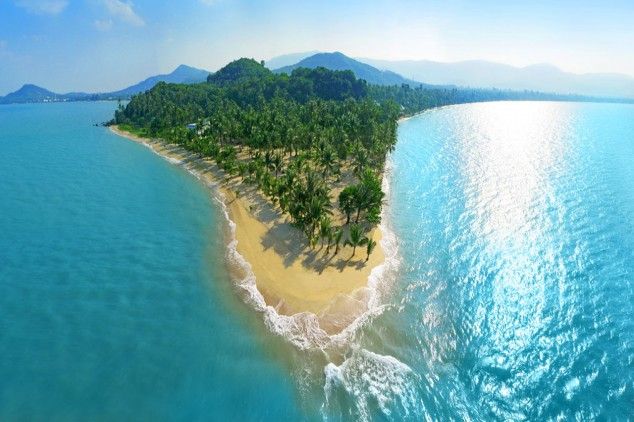 One of the best things to do is also visited Islands of Thailand’s which has enormous in numbers, but Koh Tao, Koh Samui  are the most visited groups in the Gulf of Thailand close to the Ang Thong Marine Park and Koh Phi, Koh Lipe  near Phuket and the Phang Nga Bay.

One of the top things to do in Thailand is visit to Temple of the Emerald Budha called Wat Phra Kaew, which is made of jasper also called Marble Temple because it made of white polished Italian marble.It is one of the most beautiful and famous Temple of Bangkok is regarded as the most important Buddhist temple in Thailand. Located in the historic centre of Bangkok, within the grounds of the Grand Palace, it enshrines Phra Kaew Morakot (the Emerald Buddha), the highly revered Buddha image meticulously carved from a single block of jade.Raised high on a series of platforms, no one is allowed near the Emerald Buddha except HM the King. A seasonal cloak, changed three times a year to correspond to the summer, winter, and rainy season covers the statue. A very important ritual, the changing of the robes is performed only by the King to bring good fortune to the country during each season. The temple of  Emerald Buddha is beautifully decorated and has a great sense of peace about it. 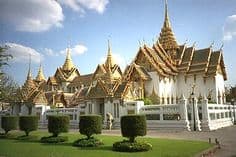 The Grand Palace, the elaborate European building with the Thai fashion top made famous by ‘The King and I’, and home to Thailand’s parliament and the national museum. Built in 1782 – and for 150 years the home of the Thai King, the Royal court and the administrative seat of government – the Grand Palace of Bangkok is a grand old dame indeed, that continues to have visitors in awe with its beautiful architecture and intricate detail, all of which is a proud salute to the creativity and craftsmanship of Thai people.

The major attraction of the Outer Court is the Temple of Emerald Buddha, the residence of Thailand’s most sacred Buddhist sculpture: Phra Kaeo Morakot (the Emerald Buddha), which was carved from flawless green jade, situated amid gold-gilded sculptures and ornaments, and fresco paintings of the main ordination hall. 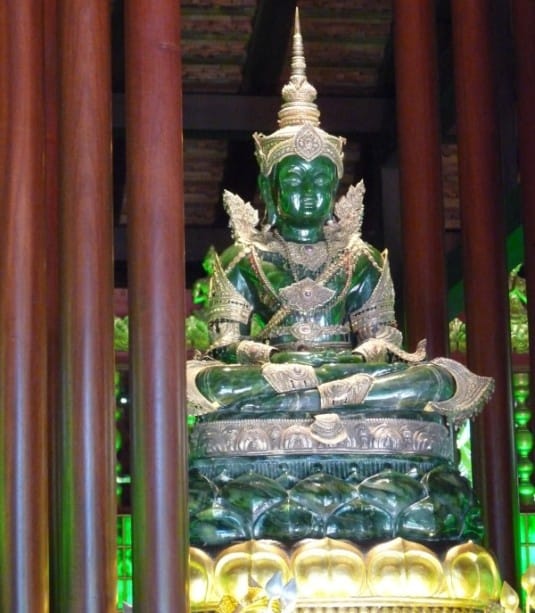 So revered is this Buddha image that no one but the King himself is allowed to touch it. Three times a year, to correspond with the changing of the Thai seasons, the King changes the Buddha’s robes in an important ritual to ensure good fortune in the months ahead.

The Emerald Buddha is just over 2 ft (0.6 m) tall and sits in a magnificent shrine within the Temple of the Emerald Buddha. The temple itself contains some of the finest examples of Buddhist sculpture, architecture and decorative craft in Thailand.

Visitors must not point their feet towards the Buddha and if you cannot comfortably sit on the floor without doing so you must remain standing. Those who fail to recognize this important observance face being ejected from the temple.

You can find almost anything here: thick jungle as green as can be, crystal blue waters that feel more like a warm bath than a swim in the ocean, and food that can curl your nose hairs while tap dancing across your taste buds. Exotic, yet safe; cheap, yet equipped with every modern amenity you need, there is something for every interest and every price bracket, from beach front backpacker bungalows to some of the best luxury hotels in the world. And despite the heavy flow of tourism, Thailand retains its quintessential Thai-ness, with a culture and history all its own and a carefree people famed for their smiles and their fun-seeking sanuk lifestyle. Many travellers come to Thailand and extend their stay well beyond their original plans and others never find a reason to leave. Whatever your cup of tea, they know how to make it in Thailand.

Thailand, a constitutional monarchy, is the most popular tourist destination in southeast Asia. It offers beautiful beaches, thick vegetation, delicious cuisine, rich cultural history and many luxury hotels to its visitors.

Here is a brief overview of some tourist attractions in Thailand.

This national park comprises 51 islands in the Andaman Sea and is located off the coast of Satun Province of Thailand. You can find whales, monitors, sea turtles, crab-eating macaques, mouse deer and much more in this beautiful national park.

These islands are a part of the Kabri province and are well-known for their magnificent seascape. The British-American movie “The Beach” was shot here. The island is well-known for its clear-water beaches. Kayaking, diving and snorkeling are some activities that you can indulge in here. 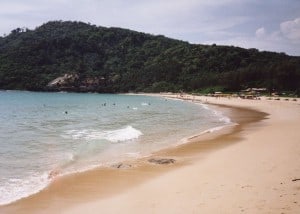 Bangkok is the capital ofThailand. This metropolis is a delightful blend of the old world charm and the modern day convenience. Grand Palace, Wat Arun, Wat Po, Patpong Night Market, King Rama II Memorial Park, crocodile farm, Amphawa Floating Market and Ayutthaya are some tourist attractions in and around Bangkok.

Amphawa Floating Market is packed with boats with items like sea mussel, noodles, coffee, sweets, etc. You well experience a unique Thai atmosphere, with the local music playing in the background.

Phuket is an island off the southwest coast of Thailand. It offers many options to its visitors, from the sublime to the profane. Phang Nga bay, Bangla Road Nightlife, Old Phuket Town, Wat Chalong, Phuket FantaSea Show, Simon Cabaret Show and the Big Buddha are the main attractions in Phuket.

Pattaya is a beautiful city located in the east coast of Thailand. It is well-known for its beautiful beaches and amazing islands. Scuba diving is the main activity here. You can also indulge in activities like golf and go-kart racing. Elephant village, Sri Racha Tiger Zoo, Vimantaitalay tourist submarine, Nong Nooch Tropical Botanical Garden and the Sanctuary of Truth are some tourist attractions in and around Pattaya.

Wat Pho is a large Buddhist temple covering an area of 80,000 square meters. It located in Bangkok. It is well-known for the famous reclining Buddha. This beautiful temple is the birthplace of the traditional Thai massage.

Thailandis a beautiful country. Visit to this land of fun is bound to be a memorable one.