London is the capital of England and the UK. It is also the largest metropolitan area in the UK. Very few people would not have heart of this wonderful city, which is located on the river Thames.

The official London residence and office of the British monarch, this palace is a major tourist attraction in London. The state rooms are open for the public during the months of August and September. 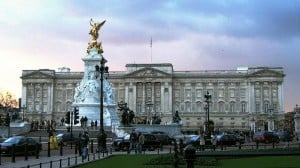 This giant Ferris wheel is located on the banks of the River Thames. It is the tallest (135 m) Ferris wheel in Europe. It attracts more than 3.5 million people every year. The wheel comprises 32 sealed and air-conditioned ovoidal passenger capsules.

This UNESCO World Heritage Site is a historic castle located in central London. It is the queen’s royal palace and fortress and has played a major role in English history. It also houses the Crown Jewels.

Located in south west London, these gardens are well-known for their botanical glasshouses and around 30,000 species of flora. It is a UNESCO World Heritage Site. The herbarium has more than seven million preserved plant specimen.

This UNESCO World Heritage Site is a district of South London. It is well-known for its maritime history and for lending its name to the Greenwich Mean Time and the Greenwich Meridian.

This is the meeting place of the two houses of parliament: the House of Lords and the House of Commons. Located on the north bank of the Thames River, this palace stands as a symbol of the Gothic architecture.

This Church of England cathedral is the seat of the Bishop of London. This beautiful cathedral is located at the top of the Ludgate Hill, the highest point in the city. The cathedral is well-known for its large dome.

London is well-known for its museums, art galleries and libraries. The British museum displays some eight million works, from all the continents. Visit to this museum is an enriching experience.

While you are in London, you need to travel in the London Underground, the oldest underground railway network in the world. London is an amazing city. Visit to the above-mentioned tourist attractions of London will surely linger in your memory for a long time.