Lose Yourself in the Hidden Gems of the Phillipines

The Philippines is known for its white sand beaches and the hospitality of its people not to mention the local delicacy from seafood to refined cuisine. The tourism industry boasts that “it’s more fun in the Philippines.”

Needless to say, most of the best locations in the Philippines are hidden partly because of the inefficient transportation system. If you are the adventurous type with a knack for unchartered territories, you won’t be disappointed with the hidden treasures of the Philippines.

This small island at the northernmost tip of the Philippines just south of Taiwan holds amazing wonders on its own. It had its fair share of WW2 history even a reminder of Spain’s colonization of the Philippines. The native population of the island is inherently nice and warm so you won’t feel out of place. Some locals travel to the island for its fantastic rolling hills and pristine beaches especially its cool weather. Be forewarned though that the best way to visit the island is through a chartered plane since boat rides are quite dangerous because of the strong waves. 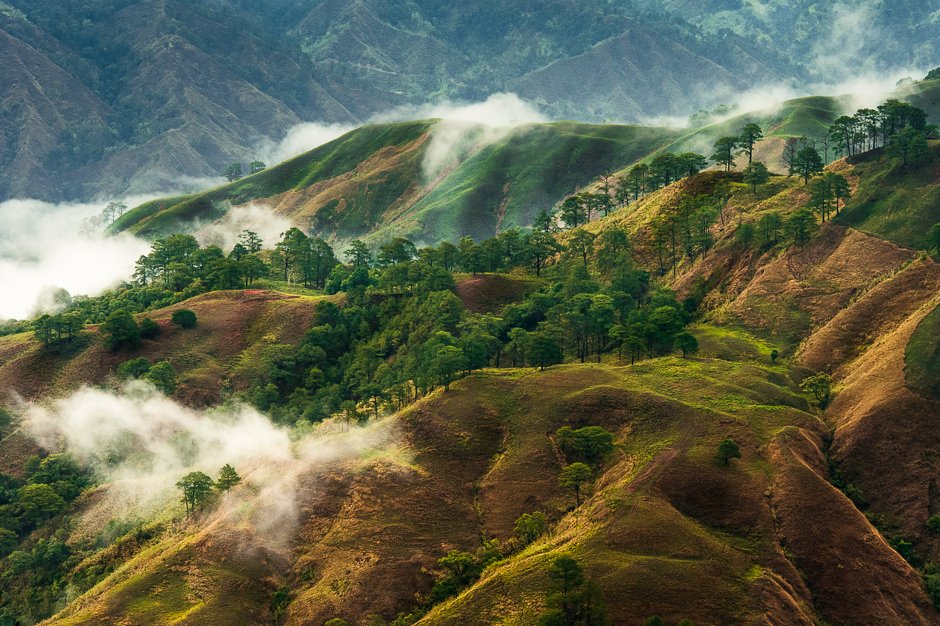 Trekkers love these mountain ranges particularly in Kalinga because of its exhilarating scenery. Another worthy peak is that of Mt. Pulag sporting the province’s highest point above sea level. Mind the experience though as the trail to the peaks are less traveled requiring fit travelers ready for some dirt action. In the end, the rewards are plentiful such as insanely great view with the backdrop of evergreen rolling hills.

You won’t believe that the locals call this mountain ‘beautiful lady’ considering that she is an active volcano and has brought havoc countless of times to the province of Albay. Just recently, many mountaineers lost their lives trying to reach the peak of the volcano so skip this one if you’re not up to the challenge; the views from afar are already worth it though and the food in the area really taste amazing like the popular chili flavored ice cream. At the foot of the volcano are simple activities like off-roading, which is more than fun for a thrill seeker.

Perhaps travel back in time in this less traveled part of the country partly because of its distance from the capital. The architecture of the city of Vigan clearly portraits the picture of the colonial Philippines. The local government of Vigan managed to preserve the old architecture from cobblestone roads to stone houses including the traditional horse carriage for transportation thus effectively bringing you back in time.

This part of the country is quite popular because of the French edition of Survivor, the 8th season of Koh-Lanta yet not a lot of tourists flock to the area making its beaches pristine and less crowded. Be forewarned though that the facilities in the area aren’t fully developed adding for a more breathtaking experience in a fabulous paradise. There’s a reason why two seasons of Survivor series were shot here, the island is simply an enthralling paradise. 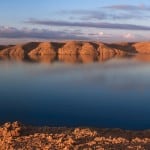 Although the bank if islands to the West of Croatia maintain a reputation for youth tourism, nothing comes close to the Island of Pag, that has fast become a Mecca for the alcohol infused sun worshipping European party scene. The island itself could be described as a barren rocky outcrop, grey with slate ridges fairly inhospitable to farm animals and greenery. One may notice that as they explore Pag they come face to face with the occasional sheep road block and can spot skinny mountain goats grazing on what little grassland the island sustains, the reson for this is simply that sheep and goats can live anywhere, deserts, cliffs, volcanos … anywhere.

The long narrow island sports a few small towns, Pag town is a quaint spot, they sell a lot of cheese known as Paksi Sir and are famous for their Pag Island lamb chops flavored through time due to the sheep living on heavily sea salted grass, not a lot goes on in Pag town, and I like it that way. Much like the northern town on Novalja actually, where also very little happens, for the most part many shops stay closed over the bitter winter months, or reduce their stock to bread, cheese and essentials … but then comes the summer! 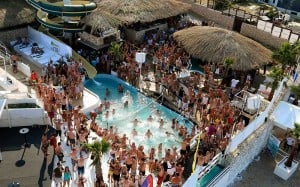 Oh what happened? Novalja is packed with sexy sexy girls and the air is thick with hormones, the market stalls replace their daily essentials with party essentials and the public transport system wakes up for the first time in eight months offering hourly trips across the island to the clubbing hotspot known as Zrće beach.

The beaches on Pag island are plentiful but relatively quiet and hold onto that local ‘don’t live here don’t surf here’ arrogance, where the rural people of Pag can live out their lives quite unaffected by the excess of party culture erupting in the once hidden cove of Simun, local Croatians born to the Island of Pag are called Pagellians … ahem, by me…. and now, by you. So now I’ll bring you to Zrće, a very different scene, aside from its lack of a cashpoint (a warning not worth ignoring) this strip of pebbles has everything a maniacal party-head would want, mega size open air beach clubs line the join between rock and beach as party boats dock daily delivering hundreds of revelers straight to their doors. Drinks are served in large vase like vessels blistering with multicolored straws, transparent of course to show off the vibrant cocktails concocted by the beautiful bar staff at club Papaya and Aquarius, the largest venues on Zrće (pronounced Zer-che if this was bothering you). 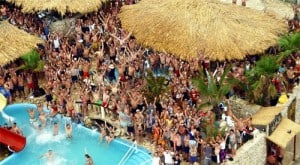 Take a stroll into these hedonistic havens and you will be greeted with free shots and the impressively white teeth of the bikini clad reps as they motion to the equally white pleather seating. There is no pressure to buy as you take it all in, intoxicated partygoers splash in the numerous indoor pools as semi famous DJ’s scratch away overhead in a suspended glass stage … then to top it all off somebody drops in, upside down, from what seems like nowhere … that’s right, club Papaya has a bungee jump crane directly overhead!