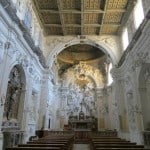 Sharon Preston recently visited Sicily and discovered many of its treasures. Another gem that she enjoyed visiting was the Church and Monastery of the Holy Spirit, also known as Santo Spirito 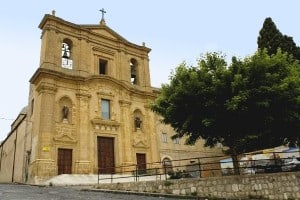 One of the highlights of my visits to Sicily was a visit to the Church and Monastery of the Holy Spirit, or Santo Spirito, located in Agrigento. The complex was built by the Chiaramonte family who was the most powerful family in Sicily in 1299. The façade is made up of a great Gothic entrance, a pointed arch and a rose window that was created at the beginning of the 14th Century when the complex was first built.

Of course, the church and the monastery were both remodeled a number of times since they were first built. In fact, the top floor of the church and the three tower bells were only added in the late 17th Century. The monastery next to it comprises two storeys, and is made from sandstone and limestone, creating a lovely two-tone effect. When we entered the complex to explore, we walked down a long exterior hallway, from where were able to see the cloister located on the left. 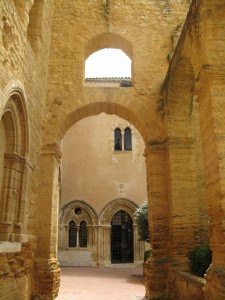 There’s a garden with a central fountain and two 14th Century arches that support the wall of the church, which is located next to the monastery. On the ground floor are three rooms – the chapel, a Refectory and the Chapter House, which we entered through a beautiful doorway flanked by two large mullioned windows. Inside, the chapel is square and its ceiling is covered with a cross vault.

The chapel, which is rectangular in shape, boasts a single nave. Its interior is completely in the Baroque style and includes the choir in front, supported by four columns. On the walls behind the main altar is a series of white sculptures by Giacomo Serpotta portraying episodes from the New Testament, including the Nativity, the Adoration of the Magi, the Presentation in the Temple and the Flight into Egypt. 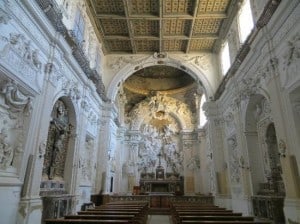 There are more statues to be found in the bottom of the central wall, including the figures of Saint Benedict and Saint Bernard, the dove of the Holy Spirit and God the Father. Also in the chapel is a statue of the Madonna with child, a crucifix and a marble group of statues depicting the Madonna handing the rosary to a saint. 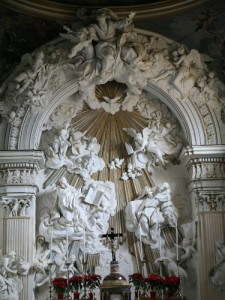 The reason why I found this sight so fascinating is that it is the best known of all the remaining medieval monuments in Agrigento. It’s been the property of the city of Agrigento since 1916 and is now home to the Civic Museum, which we also got to explore to see displays of a number of different items and crafts that were used in this area a Century ago.

I recommend a visit to Santo Spirito. It really is one of the most exquisite churches I have seen in my travels. 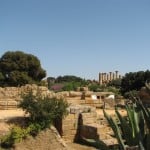 Sicily’s treasures – Valley of the Temples 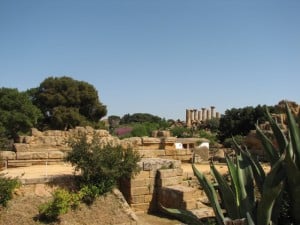 If one really wants to see beautiful, authentic Greek ruins, the best place to see them, believe it or not, is in Sicily. In Agrigento to be exact. The region’s Hellenistic-Romano Quarter is home to some of the very best examples of Greek structures, the remains of a Roman neighborhood built on top of the original Greek urban plan, as well as the area’s excellent archaeological museum.

Let me give you a little bit of background about Agrigento. It was founded as a Greek colony in the 6th Century BC and became one of the leading cities in the Mediterranean world. Today visitors come to see the remains of magnificent Doric temples that existed here in that ancient town, much of which is still lying intact under fields and orchards. 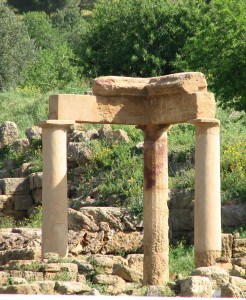 Certain sites have been excavated and these give us an excellent idea of the town that once existed there as well as the burial practices of the early Christians who lived in the town. To find such an intact, well-preserved ancient city is quite a phenomenom and the Doric temples here are some of the most incredible monuments that still exist of Greek culture.

The original Greek town, called Akragas, was founded by people who used to live in Rhodes and Crete around 580BC. The city had a tumultuous past, and finally fell under Roman rule in 262BC. It became part of the Roman Empire in 210BC and for a long time, Agrigento was the only market town on Sicily’s southern coast. But after this Christianity took over, and the city lost most of its inhabitants. 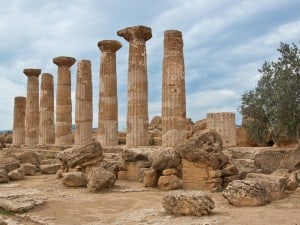 The area is called the Valley of the Temples and it covers most of the central part of the ancient city and its public monuments. The area between the Acropolis and the temples was created in the 5th Century BC and the sacred area was built in the second half of the 6th Century BC. 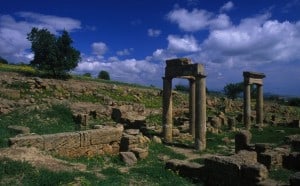 There’s also the Temple of Herakles and a number of other fascinating temples. I also managed to see a some ancient cemeteries including the Tomb of Theron, which was built in early Roman times.