Archives For Day Trips from Granada 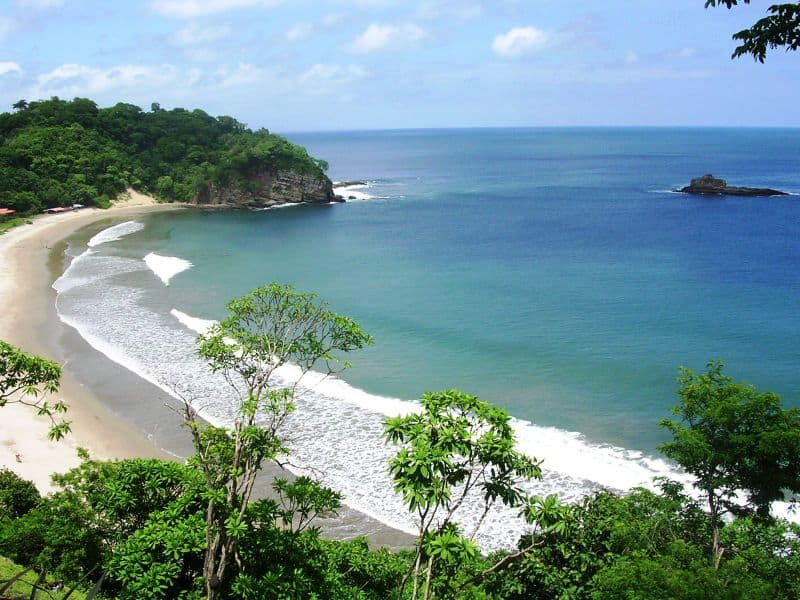 One of our favorite cities in Nicaragua has got to be Granada. While traveling around Nicaragua my girlfriend and I always make sure to layover in Granada for a few days. With its colonial architecture and fantastic restaurants, not to mention incredibly low cost of living, Granada has become a haven for American and Canadian retirees. Oddly enough, at least for now, this city has been mostly overlooked by the backpacking crowd. I have a feeling that will be changing soon. While Granada may never attract the surfing crowd, there are still plenty of things for the adventurous traveler to do while staying here. The best part of staying in Granada is that there are many, many things to do, all within a short drive. While all of these excursions can be done with tour guides, we prefer to take a more hands on approach. Not only is it far less expensive, but the journey on the Nicaraguan chicken buses is part of the adventure. If you find yourself in Granada for a few days, here are a few of our favorite day trips.

This volcano is going to be your best opportunity to look into the crater of an active volcano. Just a short drive out of Granada, Volcan Masaya is a great way to kill a few hours. Any taxi in Granada will take you here, but we usually just take the buses. Your best bet on a bus will be to find the UCA terminal near Parque Central. Hop on one of the UCAs to Managua, and ask the drivers assistant to drop you off at Volcan Masaya. The bus ride shouldn’t cost you more than fifty cents American. Once they drop you off you have a couple of choices to make. Grab a quick taxi to the top of the volcano, or hike to the top. I’ve always found hiking to the top of this volcano to be particularly exhausting. There are no trees at all on the volcano, so walking up in the scorching sun can be brutal. Best to just pay the one dollar and let the taxi do all the hard work. Once at the top you will be rewarded with amazing views, and the opportunity to look straight down into an active volcano. This is one trip that should be missed.

This volcano is ever present while staying in Granada. You can see it from almost every corner of the city. Most of the time the top is shrouded in cloud, but the site of Mombacho on a clear day is quite stunning. Even though Mombacho and Masaya are quite close, they’re worlds apart as far as the experience is concerned. Getting to Mombacho is pretty easy. Again, any taxi will take you there for between $15-$20 American. We prefer the bus though. The bus that passes by Mombacho can be found in the market area in Granada. Once at the station find the bus headed to Rivas, and tell the drivers assistant to drop you at Mombacho. Once you’re dropped off you will see numerous “tuk-tuk’s” on the side of the road. Just hop in one and for around one dollar per person they will take you right to the ranger station at the bottom of the volcano. Once you pay the entrance fee to the volcano you have another decision to make. You can hike three to four hours straight up the side of the volcano, or pay  $15 to have a shuttle take you to the top. The first time we went to Mombacho we decided to save the $15 and hike to the top. That was a mistake that will never be repeated again. Once at the top we were just too exhausted to hike around any of the four craters. I suggest dishing out the $15, and enjoying the hikes at the top.

This little trip departs right from Granada itself. The isletas (islands) are situated in Lake Nicaragua, and were formed thousands of years ago when Volcan Mombacho blew its top, raining down millions of tons of dirt which eventually formed the 365 islands in the lake. A tour of these islands couldn’t be easier. There are numerous tour salesmen wandering around both Parque Central and the lake front. Trust me, if you look even slightly like a tourist, they will approach you to see if you’re interested in a tour of the isletas. Here’s where your bargaining skills will come in handy. The isleta tours typically cost between $15-$20 dollars. You tour guide will probably start at $30. Just be polite, yet persistent, and you should be able to get them down to $20 per person. Once on the tour you’ll experience a leisurely ride on Lake Nicaragua with a guide who will point out all of the attractions to you. To wrap up the tour you’ll be brought to a restaurant on one of the islands where you can enjoy some food, beers, and a refreshing dip in the pool. 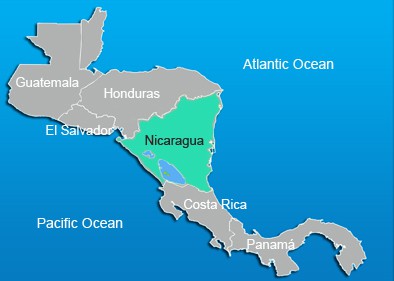 Situated just a short drive out of Granada is Laguan de Apoyo. This lake was formed thousands of years ago when Volcan Apoyo collapsed in on itself. The crater eventually filled with rain water, and the result is one of the most relaxing places to visit anywhere around Granada. Again, you can take a taxi here for around $10, or just hop any bus headed to Managua and ask them to drop you at the lake. Going this route you will find yourself at the public beach which has a few restaurants where you can enjoy a cold beer, and a great little Nicaraguan lunch. Another alternative would be to just coordinate a trip with one of the hostels on the lake. For a small fee, usually around $10 they will shuttle you to and from the lake, set you up on their private beach, and give you access to all of their toys; kayaks, rafts, floating docks, etc. If you’re wanting to get out of the city for the day, and do nothing but relax, this is the place to do it.