Archives For tourist destinations in India

India travel: What to see in India

India is a beautiful country located in South Asia. It is the second-most populous country with more than one billion people. India is well-known for its cultural history, religious and cultural diversity, spirituality values, and biodiversity.

Here is a brief overview of some popular tourist destinations in India.

This architectural beauty is located in Agra. Taj Mahal is built entirely of white marble and is a classic example of Mughal architecture. It was build by Mughal emperor Shah Jahan in memory of his wife Mumtaz Mahal. It is a UNESCO World Heritage Site.

Mysore is a city located in the state of Karnataka. It is well-known for its rich culture and architectural beauty. The city is famous for its palaces. The main palace, Brindavan gardens, Chamundi hills, Jaganmohana Palace, Mysore Zoo and Ranganathittu are popular tourist attractions in Mysore.

Jaipur is also known as “Pink City” and is dotted with many beautiful gardens. This well-planned city is located in the semi-desert regions in Rajasthan. Jantar Mantar, Hawa Mahal, Central Museum and Amber Fort are some tourist attractions in Jaipur.

Leh allows you to experience the essence of the awesome Himalayan Mountains. It is adventure lover’s paradise. Shanti Stupa, The Victory Tower,War Museum and Chamba temple are some popular tourist destinations in Leh. 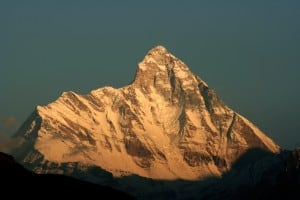 Jim Corbett National Park is the oldest national park in India and the home of the Bengal tiger. Located in the sub-Himalayan belt, this national park is a popular ecotourism destination.

Goa is a small state located in western India. It is famous for its beautiful beaches. The Calangute beach in Goa is known as “The Queen of Beaches”. The state is rich in flora and fauna.

These Hindu temples, which were constructed using soapstone, are world-famous for their stone carvings. The walls of the temples are covered with animals, stories from the Hindu mythologies, birds and dancing dolls.

India offers something of the other for everyone. Trip to this wonderful country is enriching, refreshing and ennobling.